I’m Tom Huddleston and I’m an author, an editor, a film journalist and occasionally a musician. You might know me from my futuristic,  action-packed FloodWorld series,  from the  Warhammer Adventures series of fantasy stories for younger readers, or from the three instalments I wrote in the official Star Wars: Adventures in Wild Space saga.

I also write film reviews: for many years I worked on the Film desk at Time Out magazine in London, covering everything from Star Wars and Marvel movies to foreign films and indies. In my time at the magazine I interviewed some amazing people, including Steven Spielberg, David Lynch and Neil Young. I’ve since written for other publications including The Guardian, Sight & Sound and Little White Lies.

I’ve recently set myself up as a freelance editor, proofreader and story developer for fiction and non-fiction projects – so if you’ve got an amazing idea for a children’s story, if you’re keen to break into the franchise fiction market or if you’re looking for a copy edit on your newest film book, don’t hesitate to get in touch via my Reedsy page.

As an author, I’m represented by Ella Khan of Diamond Kahn and Woods Literary Agency,  so drop her a line if you have any inquiries about freelance writing projects.

In my spare time, I sing in a folk-rock group called The No Sorrows. Our first album is now available to listen to on Spotify, you can order it on vinyl via  my Discogs shop, or email me directly via the Contacts page. In the meantime, find us on Facebook for details of upcoming gigs and new releases.

The similarity between my name and that of a certain popular British thespian continues to confuse people the world over. The other Tom and I have discussed it, and we both agree that it’s the Hiddlestons who are spelling it wrong.

If you have any questions about my books, freelance editing, film writing, personal appearances, The No Sorrows or anything else, don’t hesitate to drop me a line through the Contact page or get in touch on Twitter.

Almost all of the photography on this website is by the fabulously talented polymath Drew Worthley. Check out more of his pics, music and words here.

#9: Things are tough out there, so let's lighten the mood with Roger Corman's goofy, zero-budget first take on the tale of a boy, a girl and a man-eating plant, the glorious LITTLE SHOP OF HORRORS (1960): youtube.com/watch?v=BnnTga…

@iucounu I'm assuming this'll be one of those daft ideas that gets kicked around a bit and never goes anywhere, but who knows? Dumber things have happened. Not many though.

A remake of 1955's The Night Of The Hunter is in the early stages of development: https://t.co/iG5gupW8Uo pic.twitter.com/pAYAGpz1Zv

Some online stockists are all sold out, but you can still pick up copies of FLOODWORLD and DUSTROAD from @wordery at a very reasonable price! Order now and immerse yourself in a world of action, adventure and nailbiting escapes! wordery.com/floodworld-tom… @NosyCrowBooks @elladkahn 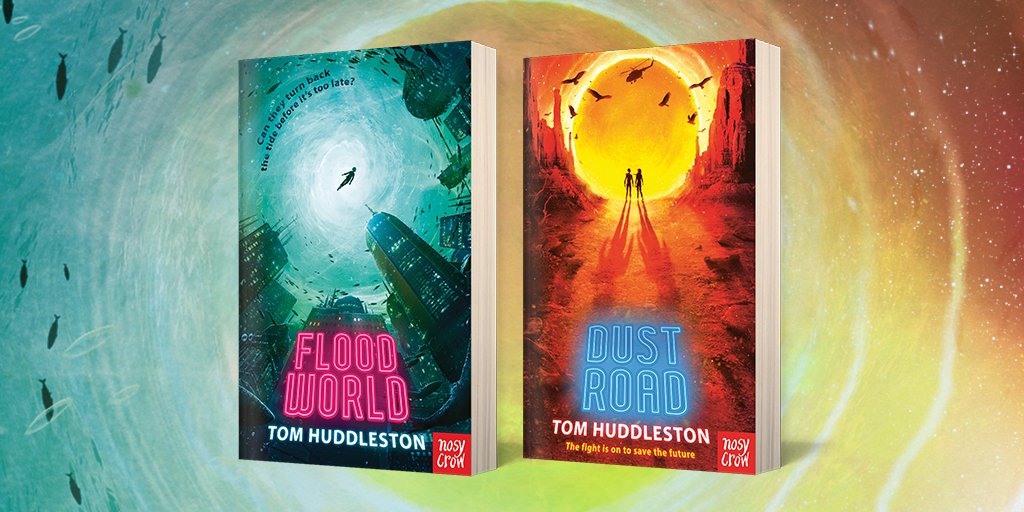 THREAD: I’ve something to say about the current sentimentalism around Boris Johnson’s illness. Back in 2013, I had a conversation with someone whose mother had a degenerative disability that prevented her from working. She had tried working part-time on the checkout at Tesco but Retweeted by Tom Huddleston

We lost another Doctor today, Dr Anton Sebastianpillai died in Kingston Hospital, London. The retired consultant geriatrician who was in his 70s came out of retirement to help the NHS. Let us never forget his name. #NHSheroes Retweeted by Tom Huddleston

It's not just a time for sad songs. This one's hilarious. PS, is 'naked as the eyes of a clown' the single finest simile in literature? youtube.com/watch?v=qypEoT… #RIPJohn

Just bought one of these posters by @jeremydeller 😍 - proceeds to @refugeeaction and @TrussellTrust. Please buy one too! pleasedonotbend.co.uk/work/thank-god… Retweeted by Tom Huddleston

@iucounu @msiglain Well the knockout gas would be ideal. And the ability to grow extra limbs.

@RomanianDrmboat I know the Star Trek character with the same name! But yes, I'd watched a doc about fungi that blew my mind a bit, and made me realise how otherworldly they are and how little we know about them. It all fed into the book. It's an endlessly fascinating area so I'll check him out.

'When 900 old years you reach... still a relative whippersnapper you will be!' Turns out I inadvertently came up with the single oldest character in all of Star Wars. So that's nice. @iucounu @msiglain starwars.fandom.com/wiki/Adventure… twitter.com/RomanianDrmboa…

'Never, oh never. Nothing will die...' The Lynch-supervised, gorgeously special-editioned 4K restoration of THE ELEPHANT MAN lands this week from @StudiocanalUK including an essay by Yours Truly! It's one of the few truly perfect films, so... amazon.co.uk/Elephant-Man-B…

'An all thriller, no filler adventure... it's impossible not to feel like you're living the action.' What a glorious review of DUSTROAD from educator, blogger and my new hero Aidan Severs aka @thatboycanteach! thatboycanteach.co.uk/2020/04/book-r… @NosyCrowBooks @elladkahn Retweeted by Tom Huddleston

Domestic violence is skyrocketing, so please donate to @RefugeCharity if you can afford it. refuge.org.uk

It is a great honour to be appointed Shadow Secretary of State for Justice, in these very challenging times. Thank you @Keir_Starmer for giving me the chance to serve. twitter.com/siennamarla/st… Retweeted by Tom Huddleston